A little bit of background...

Teaching, Researching and Policy-Advice on European,  International and Global Affairs in The Hague & Brussels.... 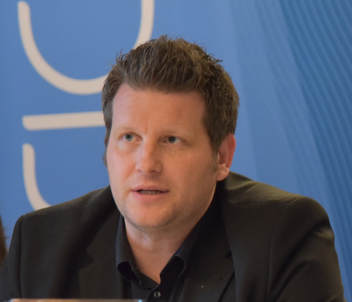 I am currently Chair and Professor of Security Studies  and Director of the Institute for Security and Global Affairs (ISGA) at Leiden University (Campus Den Haag), The Netherlands. In addition, I also serve on the board of the Global Governance Institute (GGI) in Brussels. My passion lies at the intersection of teaching, scholarly research and policy-oriented think tank advice as well as academic management and educational reform.

I am particularly interested in the changing nature of security and global affairs as well as the role of regional and global organisations in the field of global governance, particularly (but not exclusively) in the field of peace & security. My recent publications in this field include European Approaches to United Nations Peacekeeping: Towards a Stronger Re-engagement? (co-edited with Giulia Tercovich, Routledge, 2018) the Oxford Handbook of United Nations Peacekeeping Operations (co-edited with Norrie MacQueen, Thierry Tardy and Paul D. Williams, Oxford University Press, 2015), The Responsibility to Protect and the Third Pillar: Legitimacy and Operationalization (co-edited with Daniel Fiott, Palgrave MacMillan, 2015), The European Union as a Diplomatic Actor (co-edited with Gjovalin Macaj, Palgrave MacMillan, 2015) and the Palgrave Handbook of Inter-Organisational Relations in World Politics (co-edited with Rafael Biermann, Palgrave, 2017).

In the area of policy-oriented research and advice, I served as Lessons Learned Advisor of the Standby High Readiness Brigade for UN Operations (SHIRBRIG) in 2009, Advisor to the Head of the Partnership Unit of the Department of Policy, Evaluation and Training of the UN Department of Peacekeeping Operations in New York (2012) and the Head of the UN Liaison Office for Peace and Security (UNLOPS) in Brussels (2012). At the European level, I have been an expert on the European Commission's Ethics Review Committee as well as an appointed expert for the Dual Use Expert Group. I also frequently advise the European Parliament (on the Responsibility to Protect, Comprehensive Approach to Security Sector Reform, EU-UN cooperation in peacekeeping and EU-IMF relations in Global Economic Governance).

Before my appointment at Leiden, from 2014 - 2018, I was Dean of Vesalius College, Vrije Universiteit Brussel (VUB) and Research Professor for European Foreign & Security Policy at the VUB's Institute for European Studies (IES). At Vesalius College, I led the full academic turnaround and NVAO reaccreditation process and reformed with an excellent team of colleagues the College into an interdisciplinary College of Global Affairs. I devised and taught the award-winning International Affairs Capstone / Senior Seminar Course ("From Theory to Policy-Oriented Advice") and devised and directed the Executive Course in Global Risk Analysis and Crisis Management (GRACM). Before my appointment as Dean, I used to teach courses at the intersection of European, International and global affairs (Introduction to International Relations, The United Nations and Global Governance, the EU's Common Security and Defence Policy in Theory and Practice, International Organisations and Global Governance and Introduction to European Peace & Security Studies).
​
LINKS

Institute for Security & Global Affairs (ISGA) at the University of Leiden
​The Institute of Security and Global Affairs (ISGA) focuses on multidisciplinary research and education within the international scientific field of security studies.
https://www.universiteitleiden.nl/en/governance-and-global-affairs/institute-of-security-and-global-affairs

Global Governance Institute (GGI), Brussels - an independent international think tank co-founded by me in 2010 in order to address key challenges of global governance in the areas of peace & security, global justice, environment & sustainable development and global economic governance.
​www.globalgovernance.eu
You can contact me at jkoops [at] globalgovernance.eu Or you can leave a Message Directly